The HFBA is proud to support raising awareness and funds for Women’s Health issues during the month of October.  As firefighters we are quick to mitigate our patients’ health emergencies but far too often put our own on the back burner.

This year the HFBA is donating proceeds from our pink sales to Angels of Las Vegas, a local non-profit dedicated to helping children and adults who need support going through cancer and life threatening illness, as well as SAFE House a local Henderson non-profit that provides shelter, counseling, advocacy, housing assistance, and education to victims of domestic violence.

What are some of the latest statistics related to cancer in the fire service?

Cancer is one of the most dangerous threats to firefighter health and safety.  Cancer caused 66 percent of the career firefighter line-of-duty deaths from 2002 to 2019, according to data from the International Association of Fire Fighters (IAFF).  Cancer caused 70 percent of the line-of-duty deaths for career firefighters in 2016.  Firefighters have a 9 percent higher risk of being diagnosed with cancer and a 14 percent higher risk of dying from cancer than the general U.S. population, according to research by the CDC/National Institute for Occupational Health and Safety (NIOSH).

About 5-10% of breast cancers can be linked to known gene mutations inherited from one’s mother or father. Mutations in the BRCA1 and BRCA2 genes are the most common. On average, women with a BRCA1 mutation have up to a 72% lifetime risk of developing breast cancer. For women with a BRCA2 mutation, the risk is 69%. Breast cancer that is positive for the BRCA1 or BRCA2 mutations tends to develop more often in younger women. An increased ovarian cancer risk is also associated with these genetic mutations.

Due to historically smaller sample sizes, there has been limited evidence-based research regarding occupational cancer among women in the fire service. San Francisco has more female firefighters than any other city in the country, and an increasing number of them are being diagnosed with breast cancer. Approximately 16% of the department’s firefighters are women. Of that number, 15% of female firefighters between 40 and 50 years old have been diagnosed with breast cancer, which is six times the national average.

How you can go pink 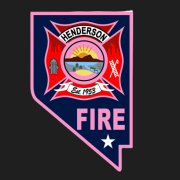