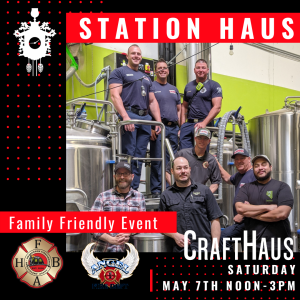 Please join us at CraftHaus Brewery for our Third Annual StationHaus event.  We are proud to take part in this limited release smoked red lager with proceeds benefiting the HFBA and Angel Fire.  This is a family friendly event with photo opportunities on the Angel Fire truck, craft soda, and food from Melter Skelter!

The HFBA extends our thanks to all that participated, volunteered, sponsored, and donated to the 14th Annual Jeff Mann Memorial Golf Tournament.  As a result of your support this was our most successful tournament to date!  Please continue your support for our HFBA Community Partners that helped to make the event a huge success! 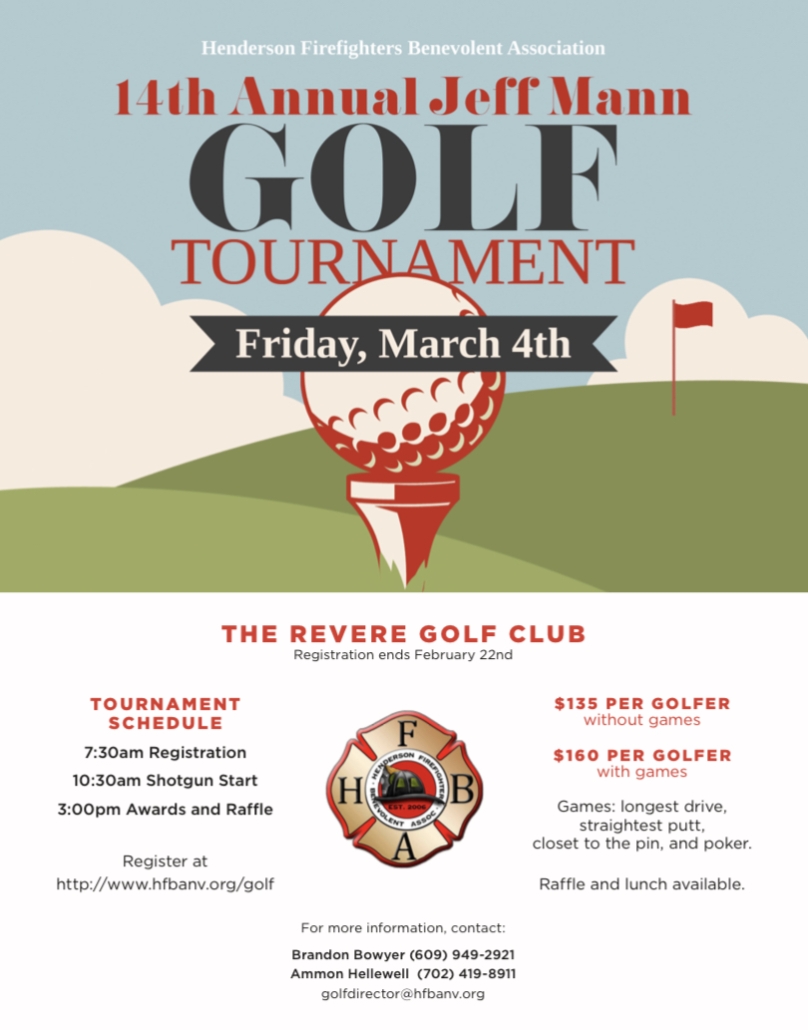 The 2022 Jeff Mann Memorial Golf Tournament is getting ready to tee off!  Get your team together and register by February 22nd. 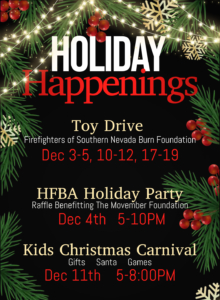 As we get into the holiday season there are a lot of opportunities for you and your family to be involved.

The Firefighters of Southern Nevada Burn Foundation Toy Drive are collecting new unwrapped toys across the valley. Dates are Fridays December 3rd, 10th, and 17th from 11AM-4PM and Saturdays and Sundays December 4-5, 11-12, and 18-19th from 9AM to 4PM.  Department members are encouraged to check availability and sign up.   Our location this year is Walmart at Sunset and Marks. 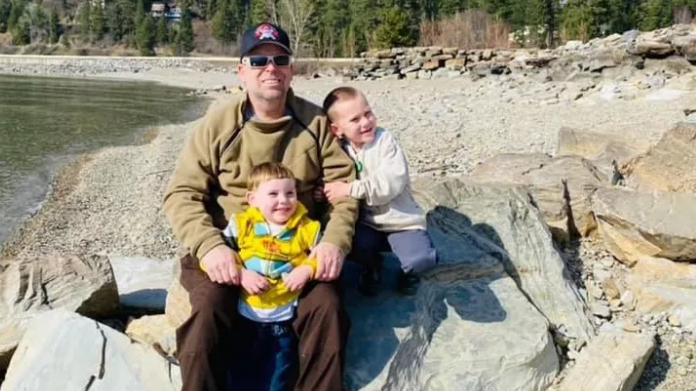 In the beginning of October retired Firefighter Paramedic Hans Albrecht brother to current Engineer Andrew Albrecht went into the hospital for stroke like symptoms. Shortly after it was discovered that he had a brain tumor that was causing his symptoms.  He went into surgery the next day to remove as much of the tumor as possible. The doctors were able to get about 3/4, but due to the type of tumor it was involving other areas that they could not remove at this time. He was diagnosed with glioblastoma and has a long road ahead.  The treatments are aggressive, and he may need repeated surgery. Hans was a Henderson Firefighter Paramedic for over 21 years prior to retirement.  He has spent most of his life helping others and needs our support now. Your help with donations to ease their financial burden at this time is greatly appreciated.  Anything helps, thank you!

Please support our retired brother and donate directly to the GoFundMe fundraiser! 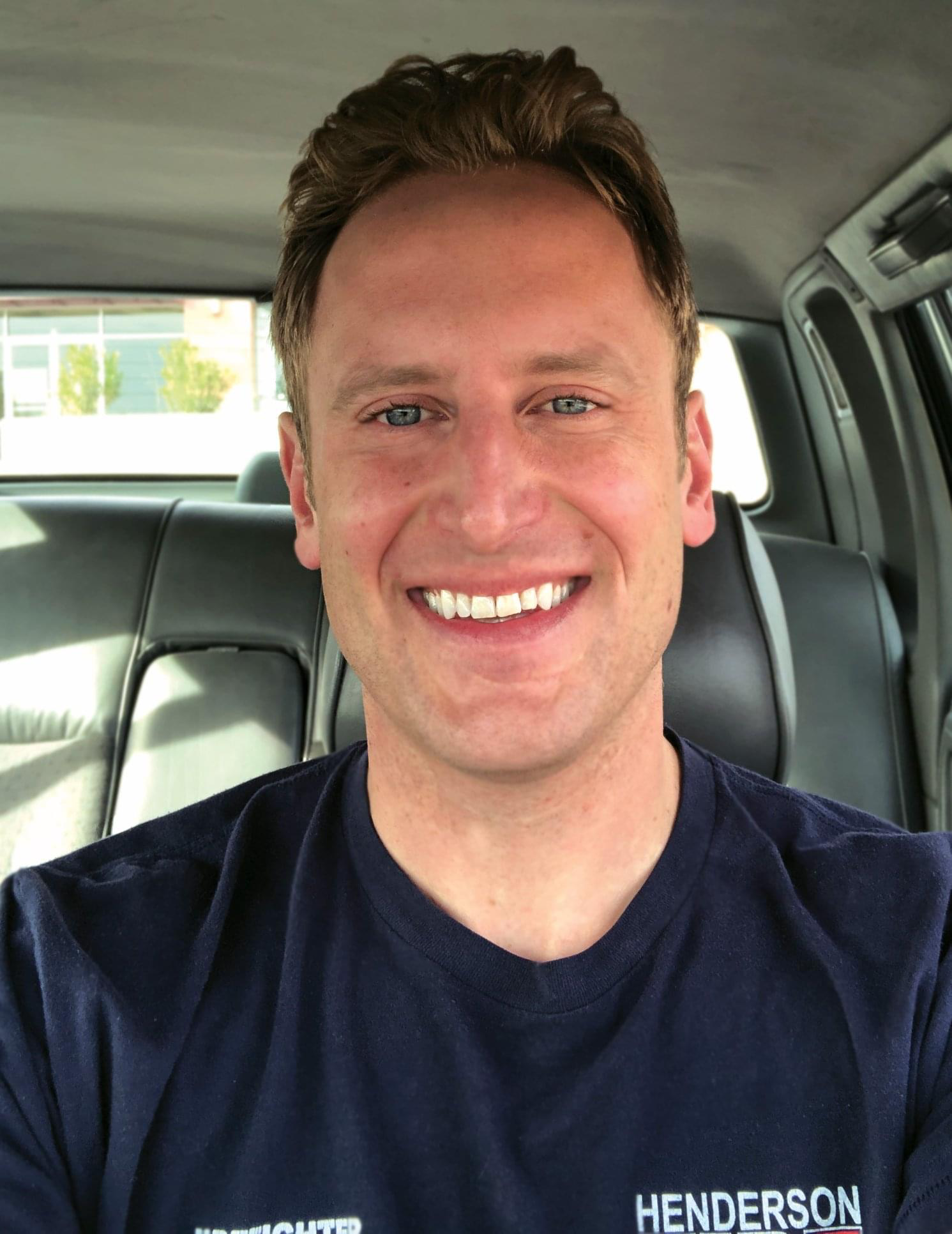 Today we remember our brother, partner, and friend Firefighter Paramedic Robbie Pettingill. Robbie was an exceptional firefighter paramedic that we could always count on to have our backs. We all knew him as the “funniest person I have ever known”. It didn’t matter if you worked with him on your first day out of rookie school or 10 years in you were treated the same, and by the end of the shift you would already be going to grab coffee as best friends. All people were your people which is why you were loved by so many. It breaks our hearts knowing how bad you were struggling on the inside while still having that infectiously great attitude on the outside.

Robbie was a great friend and partner to so many affiliated with the HFBA which is why we take great pride and responsibility to honor him and continue his mission of improving firefighter mental health and wellness. 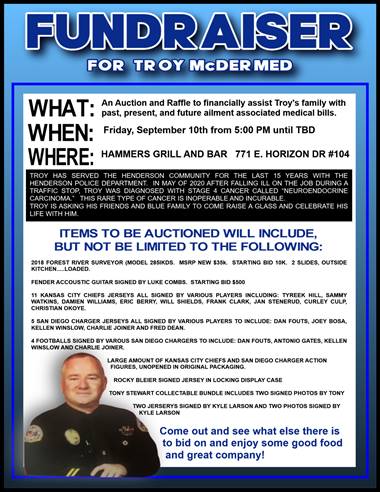 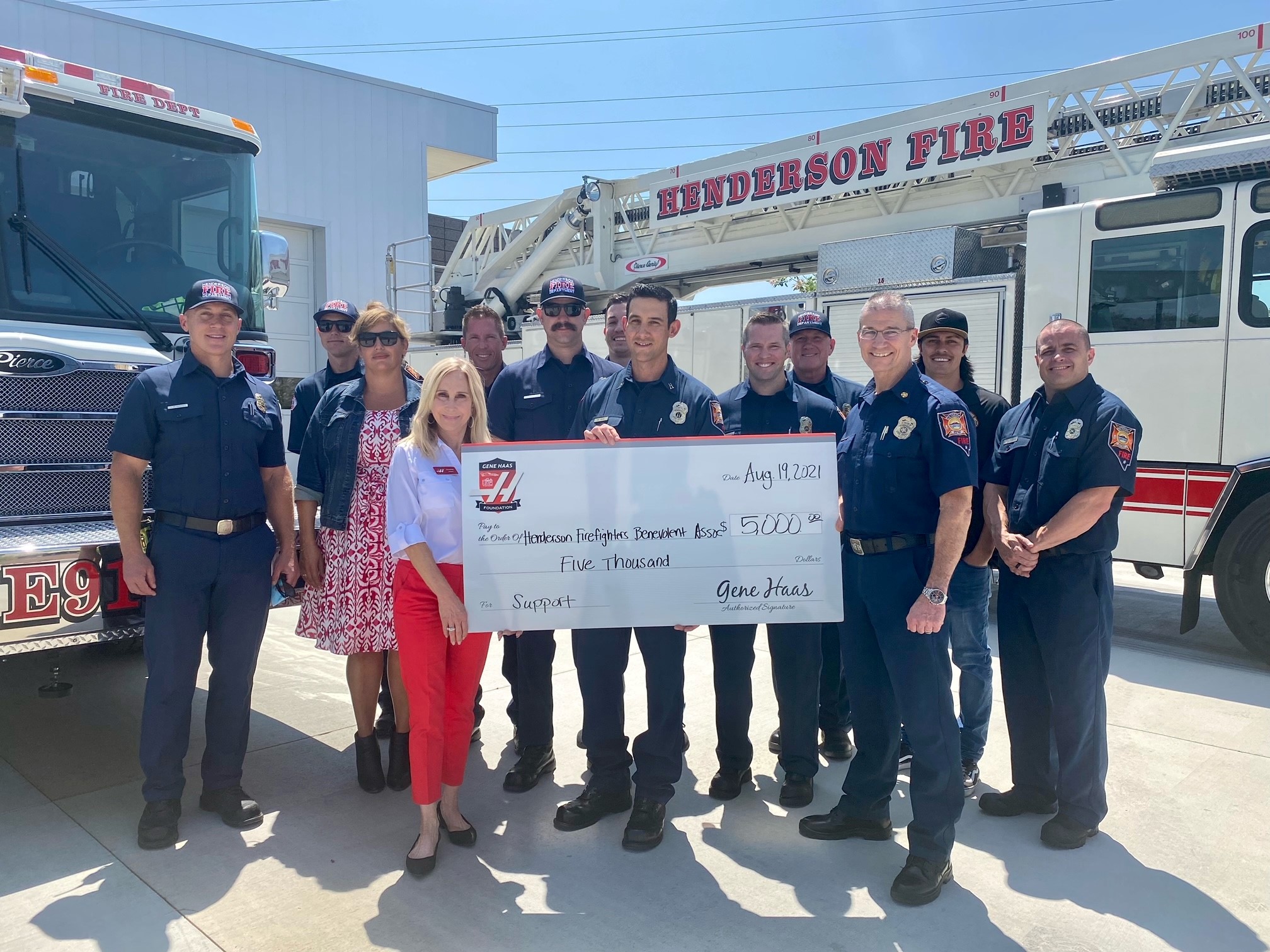 We are proud to introduce a new Community partner the Gene Haas Foundation.  The HFBA is very grateful for this $5000 donation to the Association.  Your support will assist us in achieving our goal to provide charitable assistance and outreach to active and retired members of the Henderson Fire Department and local community. Great partnerships ensure the HFBA will Always be There!

The Gene Haas Foundation was established in 1999, by Haas Automation, Inc., Founder and CEO Gene Haas, to support the needs of the local community.  We are proud to have them on our side as a partner in the Henderson community! 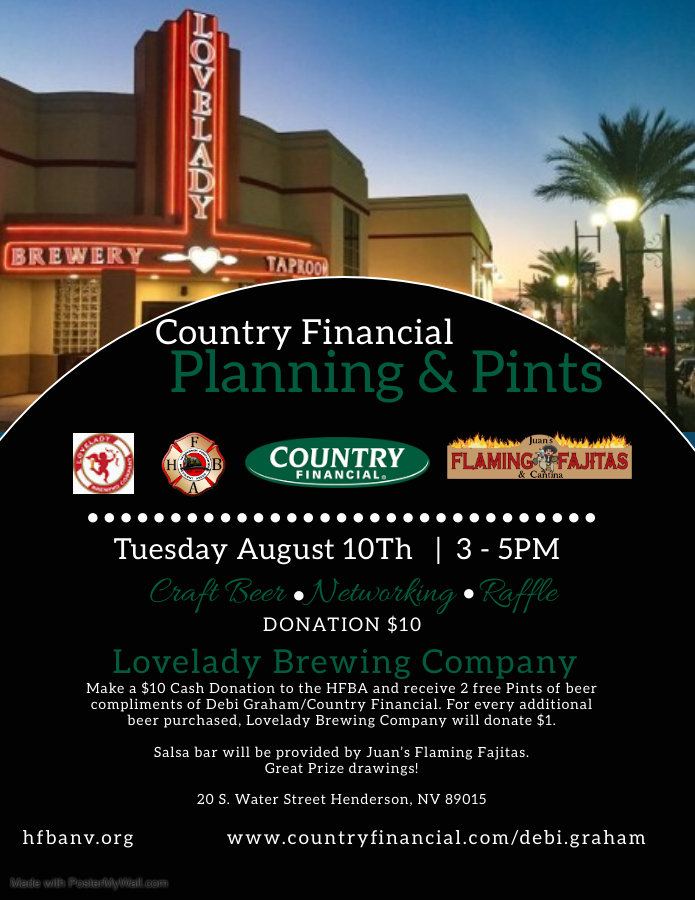 Stay tuned for our next event!